Fox-AdminPosted on March 27, 2017 Posted in Advice 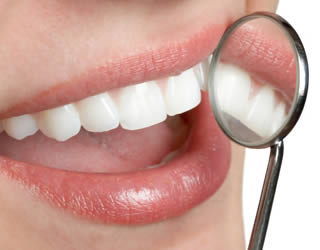 European parliament agrees to phase out the use of amalgam in dental fillings.

You may have seen the news that the European Parliament has decided that the use of amalgam in dental fillings should be phased out (1) .

This is expected to be a gradual process which should be completed by 2030. Whether this will be affected by the ‘Brexit’ negotiations remains to be seen, but it does indicate a transition from amalgam to alternative fillings.

Natural tooth coloured fillings have been available at our Ipswich dental practice for some time, and many of our patients opt for these as a matter of course, due to their more pleasing appearance. These are not currently available on the NHS though and this will obviously be a point for discussion during the transition period.

It should be noted that whilst the aims of reducing the use of amalgam is to reduce mercury pollution (mercury is one of the metals used in amalgam), the General Dental Council has stated that its use is safe. There appears to be no conclusive evidence that mercury as part of the amalgam in traditional fillings is harmful to patients, although some people do feel that they are sensitive to mercury and choose white fillings for this reason alone.

Whether people choose tooth coloured fillings because of their concern over mercury, or for aesthetic reasons alone, there is little doubt that they are, and will continue to, keep growing in popularity.

There are now very few reasons why a white filling should not be used. Whilst once, they were significantly weaker than amalgam fillings, this is no longer the case, and, for most fillings, a white filling is more than adequate. It is possible that larger rear teeth fillings may not be as well served by using this type of filling, but anyone wishing to have an aesthetic filling in this area may opt to have an inlay or onlay instead of a dark amalgam filling. As well as the obvious aesthetic issue, tooth coloured fillings require the removal of less of the natural tooth due to their excellent bonding qualities.

What are they made from?

Whilst amalgam is made from a mixture of metals, including tin and silver, as well as mercury, white coloured fillings are made from glass particles bonded with resin. These are placed into a cavity and harden very quickly, sometimes speeded up with the use of a special light. The fillings can be made to match the colour of the rest of the natural tooth, rendering it almost invisible when you laugh or smile, unlike the dark coloured amalgam fillings.

If you need a filling and would like to discuss the benefits of a natural looking cosmetic version, we will be pleased to discuss this with you. You can contact the Foxhall Dental Practice by calling us on 01473 258396.