The Energy Drinks ‘Ban’ – Our Thoughts

Fox-AdminPosted on September 10, 2018 Posted in Advice 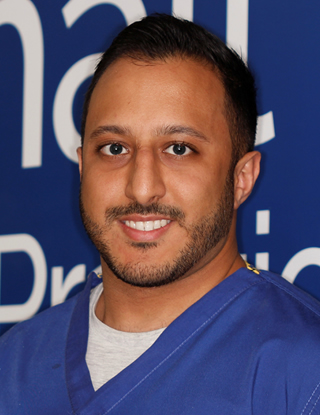 Some of our Ipswich patients will have picked up the papers today and read about the ban on sales of energy drinks to children. Whilst a few people may complain about this being a restriction of ‘choice’, the vast majority will, we feel, see this as very good news indeed.

These are exactly the high sugar type of drinks that are thought to be responsible for a dramatic rise in the number of children needing to have teeth extracted in hospital, due to tooth decay.

In many cases, these high energy drinks are not bought simply to give a bit of a boost before or after playing sports or other energy draining activities, but are often used as a replacement for food. This is especially the case where breakfast is concerned and it is far from uncommon to see schoolchildren on their way to school with a can of this type of drink in their hand.

What is wrong with high energy drinks?

There are two main reasons that this ban will hopefully come into being, namely two of the key ingredients in the drink, caffeine and sugar.

The dentists at Foxhall Dental are not doctors, so it is not right that we discuss in too much detail, the caffeine issue. From a dental perspective, there is probably little harm in caffeine on its own (where sugar content is not relevant). The only area that it may affect is when the patient becomes too ‘edgy’ and anxious because of their caffeine intake. This may cause some to grind their teeth, potentially causing dental wear and even breakages.

More generally, caffeine is thought to be responsible for a rise in problems such as stomach problems, inability to sleep properly and hyperactivity. There is a school of though that claims that the fast energy boost provided by these drinks and other high energy foods, leads to a ‘slump’ later on, potentially affecting the child’s ability to focus and learn whilst at school.

Whilst we, as dentists, would like to see a reduction in the amount of sugar in all drinks, this ban is certainly a positive move. These high energy drinks often have around 65% more sugar than regular soft drinks, which is bad in itself. The slump that occurs as the drink wears off, may also encourage people to buy another one to restore their energy, exaggerating the problem.

With some of these high energy drinks, sometimes also called ‘sports drinks’ containing up to the equivalent of 20 sugar cubes, per can, it is probably not surprising that they have been linked with a rise in tooth decay, as well as obesity. It is worth remembering too, that even if sugar is not listed as an ingredient, it will be there under another name, such as fructose, or lactose. However natural the sugar source is, it will still cause problems for your teeth.

What happens when we consume too much sugar?

Aside from causing a rise in obesity, sugar consumption is a real problem for anyone who wishes to keep their teeth and gums healthy. It can affect the mouth in so many ways.

This is a health problem in itself, but one that can also have a significant impact on your oral health. Diabetics tend to suffer from gum diseases more readily than non diabetics. At the Foxhall Dental Practice, we recommend that any patient with diabetes, sees our hygiene team more regularly than the usual six monthly basis. With regular visits and ongoing professional cleaning, we can help them to keep their gums in good health.

Not only does doing this help to keep your gums healthy, but gum disease, in turn, has been linked with other health issues such as heart problems. Having healthy gums may be more important than we all once thought.

This is the most obvious problem when too much sugar is consumed. Sugar has long been known to cause tooth decay, but with so many ‘hidden’ sugars, this has now approached epidemic levels. It is good to see some action finally being taken. Interestingly enough, it isn’t the actual sugar itself which causes the decay, but, instead,  it acts as a food source for some of the harmful bacteria which are an ever present in our mouths. When these bacteria break down and digest the sugars, they produce acids, and it is these that cause damage to the protective enamel layer of our teeth.

When the enamel on our teeth becomes compromised, bacteria will start to enter the inner part of the tooth, namely the softer dentin layer and then, potentially, the root canals. When this happens, toothache will not be very far away. Providing that you brush and floss your teeth well, and see one of our Ipswich dentists on a regular basis, this is, of course, a good start to keeping some of these problems at bay. If you do consume this type of drink though, or consume an excessive amount of sugar in general, it is almost certain that some damage will occur. Whilst we can restore most types of damage, using methods such as fillings, crowns, and even porcelain veneers, we would rather our patients avoid these problems in the first place.

Younger children especially, may not fully understand the consequences of drinking this type of drink, and if a ban dramatically reduces the amount of sugar that they consume each day, that can only be a good thing.

Dr Chirag Kothari is a member of the dental team at the Foxhall dental Practice in Ipswich (GDC 228601).